1upHealth in the News: The end of Roe could be a boon for the Mass. economy. Here’s why. This article was originally published by The Boston Globe on June 29, 2022.

Sixty-four percent of college-educated workers would not apply for a job in states with an abortion ban, according to a national survey commissioned by the Tara Health Foundation in August 2021. Half said they would consider moving if their state lawmakers severely limited access to the procedure. (With Roe now officially gone, at least a dozen states have existing trigger laws that will soon enact bans.)

“In recent days, several companies picked up on that sentiment. Large players like Disney, Meta, and Amazon recently announced new policies promising time off and financial support for employees seeking abortions, as have Boston-based firms including State Street and Hubspot.

Seaport health tech startup 1upHealth is going further, offering to handle the cost of relocating any of its 60 or so remote employees nationwide who may want to move, around half its total staff. Some live in Texas or North Carolina, CEO Joe Gagnon said, and deserve to work in “places where they’re not feeling like an outsider.”

Incentives like that are “smart business,” Fraim said, especially in a tight labor market where talent is king.”

Read original article: The end of Roe could be a boon for the Mass. economy. Here’s why.

About The Boston Globe: 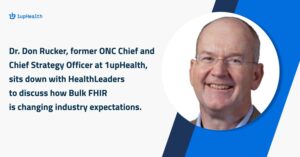